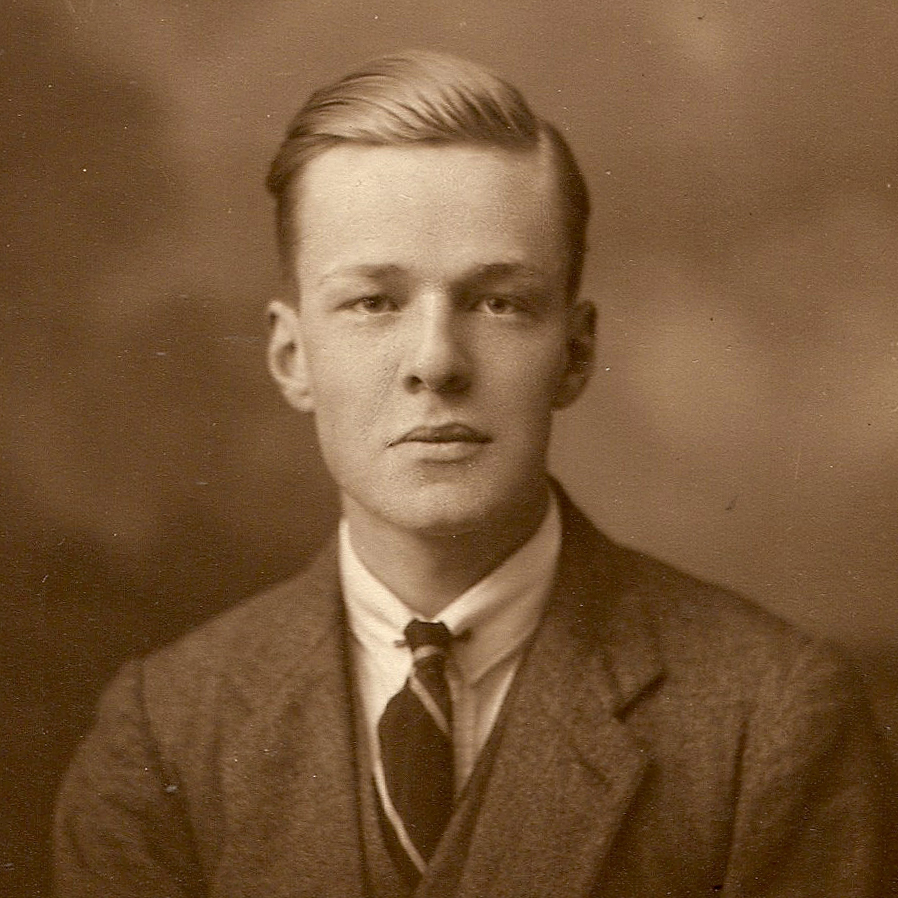 For reasons unknown Hugh was often called John within his family. He was educated at Blundell's in Westlake House from 1922 to 1925. He was a painter in oil and watercolour of landscapes and rural scenes and a member of the Ipswich Art Club from 1932 to 1936 where he exhibited six works during 1933 and 1934 including 'Burgh Mill, Norfolk' and 'Cattle Scene'. His painting 'Bradfield St George Mill, Suffolk' oil on canvas 51cm x 40cm appears on page 226 of 'Oil Paintings in Public Ownership - Suffolk'

Hugh (John) was educated at Blundells (Westlake House) 1922-1925 and passed the final examinations for both the Land Agents' Society and the Surveyors; Institute in June 1932.