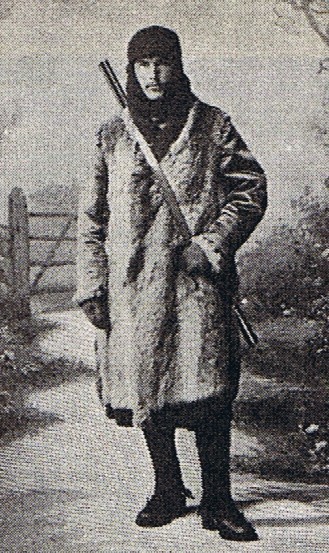 Born in February 1869 and educated at Eton, Ralph did what many second sons did and went into the Army, joining the King's Royal Rifle Corps as 2nd Lt. in 1888. In 1891 he took part in the Wuntho expedition in Burmah and in the expedition to Manipur. October 1893 saw him married to Millicent Adela Christy in the parish church of Old Alresford. Contemporary accounts mention a triumphal arch, a huge number of guests and the band of the 60th Rifles. He became well known for his exacting exploration of the Pamirs on the 'roof of the world' published as 'Innermost Asia' in 1900. Although his stated purposes in undertaking this journey were those of the sportsman, the fact that he was briefed beforehand by Lord Curzon suggests rather strongly that some 'intelligence gathering' was expected. He had an unparalleled opportunity to observe and report on matters of Geographical, Political and Military importance. He was taken into the confidence of the most influential leaders in the area (except when imprisoned by Russian Cossacks) so his work was both unique and authoritative. It remains a classic to this day. In 1903 he and Major the Hon. A Hanbury-Tracy were detailed for special duty with Menelik's Abyssinian Army against the Mad Mullah; not, however, until they had been received by the King at Sandringham. Again an outstandingly good account has survived; indeed the Emperor was so appreciative of their services that they brought back with them his gift to the King, a domesticated Zebra. Perhaps due to his long absences abroad his marriage was dissolved in 1904 leaving him free to marry Minnie Diana Pitt, widow of Herman Eckstein and scion of that talented political family. His only issue Ralph Hamilton was born at Compton House in Wiltshire on 22nd May 1906. He served again in WWI before retiring. By the time he hung up his sword he had achieved the rank of Colonel, won a DSO and been twice mentioned in Despatches. He married a third time, Rosemary Graves Sawle in 1929 and in 1932 they both took the name Cobbold-Sawle. Ralph died aged 96 in 1965 and was buried in the family vault at Trimley in Suffolk. She lived on in her home county of Cornwall until 1971.

Note: The Cobbold FHT has, on microfilm, a complete set of Col. Ralph's papers purchased from Yale University, USA.