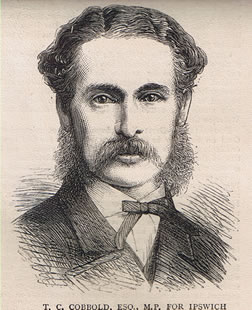 Was private secretary to the Consul-General of Wallachia and deeply involved in the Crimean War. Served in Berlin, Lisbon and Oporto eventually becoming Charge d'affaires at Baden-Baden in 1867; at Rio de Janeiro 1870, and at Lisbon 1873-75. Returned to Ipswich following the death of his brother in 1875 and became an MP on 1st Jan 1876 and the senior director of Bacon, Cobbold and Co.