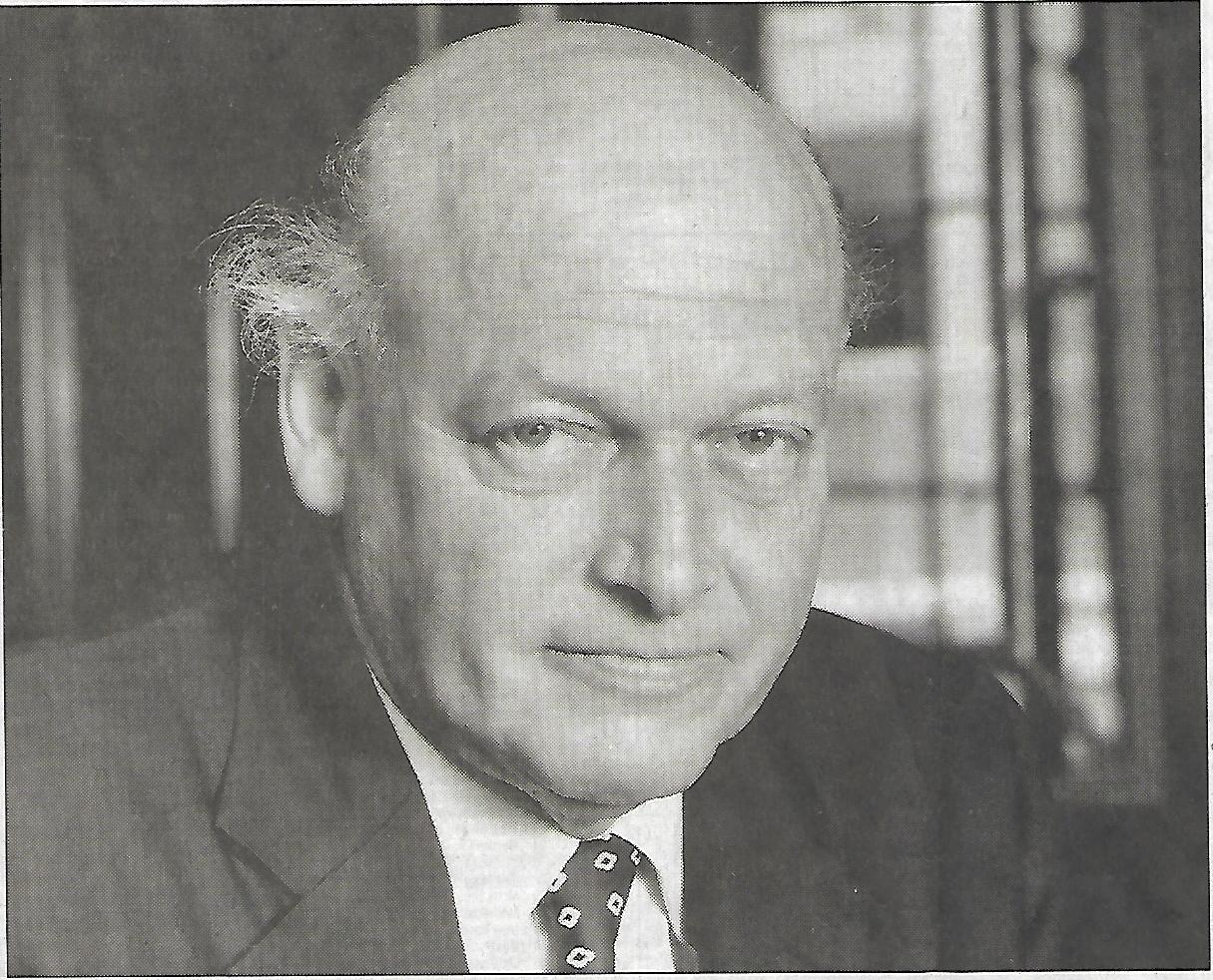 The Lord Hambro died suddenly in London. He epitomised many of the virtues of the old City of London but found himself a witness to the break-up of his family's merchant banking business in the new world of global trading. A man of great kindness and good nature, Charlie, as he was always known, excelled in cherishing staff and friends, and in the traditional London banking business of lending money to finance trade.

The "Big Bang" in 1985 signalled the end of the world in which he had lived and worked for so long. Hambros Bank was founded by his great, great, grandfather Carl Joachim Hambro, an immigrant from Denmark in 1839. His father had continued the business but Charlie's mother died when he was only 21 months old. During the war Charlie went to live first with his step-mother's family, the Wallenbergs in Stockholm and then with the Morgans in New York. He returned to England in 1943 to go to Eton and to serve two years with the Coldstream Guards.

He joined the bank (6th generation) in 1952, was appointed Managing Director in 1957, Deputy Chairman in 1965 and Chairman in 1972. Initially his dynamism and that of his cousin Jocelyn ensured that the bank stayed at the top of its game but a large shipping debt default and the 1974 property crash took their toll. The Bank of England was quick to turn to Hambro for help in the rescue of Slater Walker. Charlie was shrewd, modest and had a great love of laughter which endeared him to friends and City peers alike.

Following "Big Bang" Hambros found itself much under capitalised amongst global banks and in 1998 it was broken up with the banking business going to Societe Generale. Charlie turned to politics as honorary treasurer of the Conservative Party where he completely overhauled the party's finances for which he was created a life peer as Lord Hambro of Dixton and Dumbleton. He held a number of directorships, notably of P & O and Taylor Woodrow and for 15 years was chairman of Guardian Royal Exchange but still had time to be a trustee of the British Museum.

His membership of the MCC reflected his life-long love of cricket (he had played for the first XI while at Eton) but he will be remembered particularly for his understated skill with the gun on his most hospitable estate at Dumbleton where his second wife Cherry earned a reputation as the creator of the best dinners in the county. His first wife, Rose Evelyn Cotterell with whom he had 2 sons and a daughter was a leading racehorse owner, Arctic Kinsman coming from her stable.