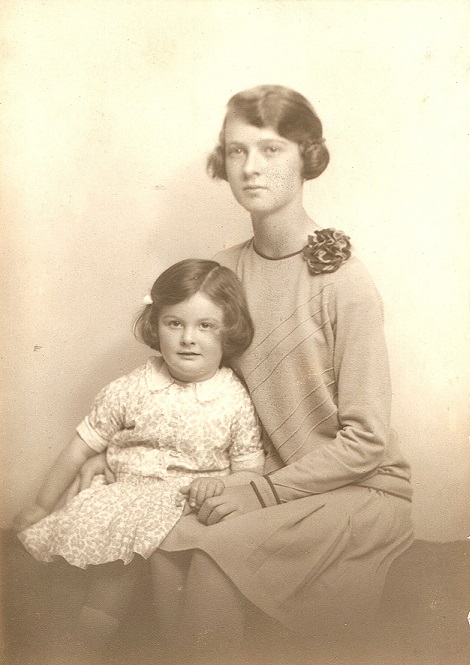 When Janet's mother was carrying Janet there was a little wager within the family as to whether she or John Simpson or Princess Elizabeth (now the Queen) would be born first. The result was: Janet 28th March; John 13th April and Princess Elizabeth 21st April, all 1926.

Our picture shows Brownie with her older sister Grizel.

A friend of Brownie's daughter, Joanna, with whom she attended Winkfield Place recalls being invited (in 1969/70) to cook for the Reiss family whilst the resident cook was on holiday. The interview for the job took place in Sir John's office which overlooked the gardens of Buckingham Palace. The job itself was at Baggrave Hall where the Quorn met in Leicestershire. The Hall was haunted, but it seems in a not unfriendly way - manifestations being limited to moved kitchen utensils, rolled up carpets and the occasional draught from the swirling of a heavy ball gown.