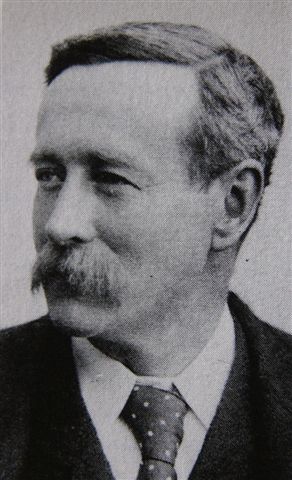 Charlie was involved in a number of mining enterprises, principally in Golden Bay and Lyell. He was also personally attached with floating the idea of a railway from Christchurch to Nelson. The East and West Coast and Nelson Railway Act was passed to enable the railway to be built and operated by private enterprise. In the mid 1880’s Charlie was part of a deputation that visited London to interest financiers in promoting a company. In July 1885 the deputation accepted an offer from a committee that became the New Zealand Midland Railway Company. But while some construction began on the railway, it was under capitalized and finally failed.

As the son-in-law of Jane Maria Atkinson, a social activist and a proponent of higher education for young girls, Charlie was deeply involved in this cause. Before Nelson College for Girls was ready to accept students, Charlie opened up his home to eighteen young girls who began studying under the tutelage of Miss Milne, who Charlie had brought to New Zealand as a governess for his daughters.