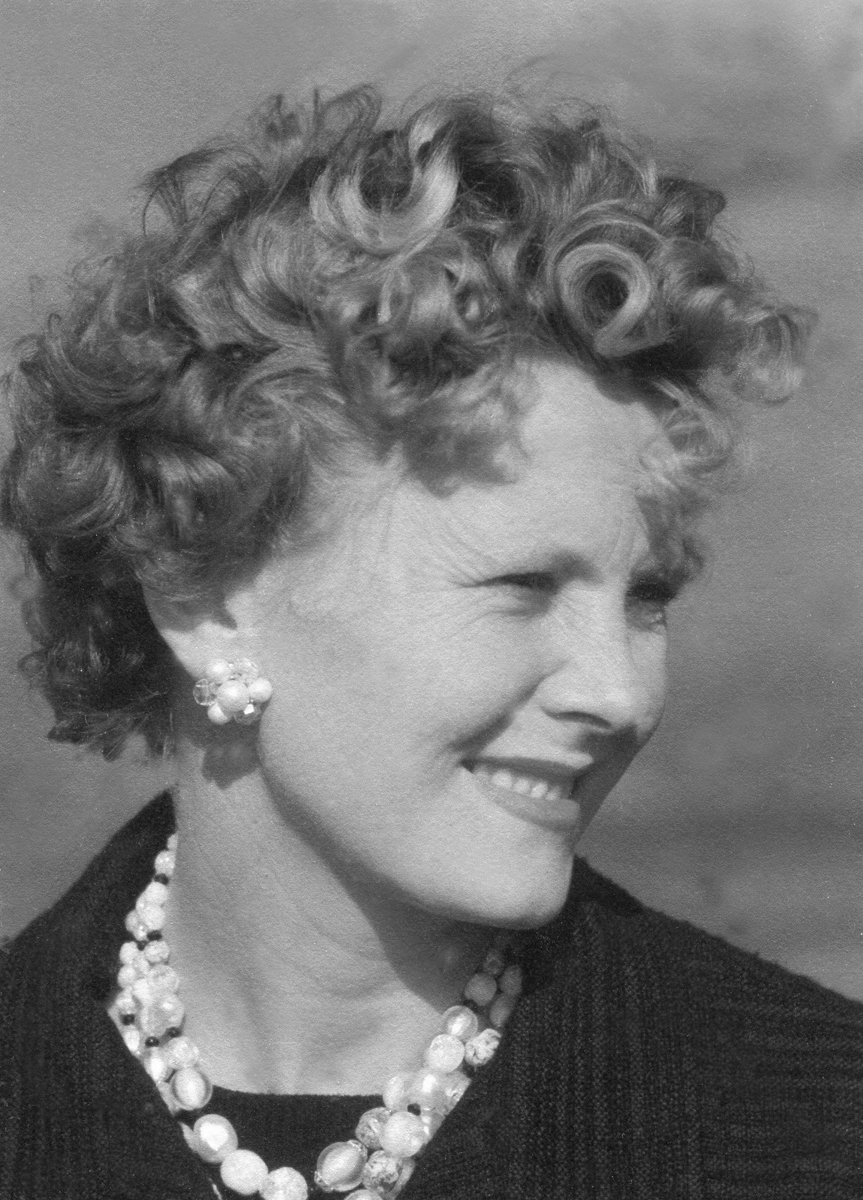 Evelyn, known as June, was born on 14th June 1927, the only child of Arnold and Mercia Gully. Her mother’s family were an established Torquay family of many generations. Her father Arnold’s family originally came from Bristol. June was educated at Hampton Court School (now known as The Abbey School) and then at Stoodley Knowle, both in Torquay. Her early years were spent living with her parents and Great Aunt Nellie at Trevorrow in St Marychurch until they were bombed out during WW2. They moved into a rented cottage in Stokeinteignhead for the rest of the war. Her parents then bought Knebworth, close to Petitor Downs in Torquay where she lived until she married Anthony Chevallier Griffith on 20th November 1948 . The reception was held at the Palace Hotel close by.

After school, June had studied elocution and worked in London as a BBC television news presenter for Picture Page sometime between 1946 and 1950. Picture Page was produced live by the BBC from their Alexandra Palace television studio for the entirety of its run.

After her marriage, she and Anthony lived at 120 Lauderdale Mansions in London before moving to Dalewood Road, Orpington in 1950 a few months before the birth of their first child, Vanessa Anne Griffith. In 1955, the family moved to Trevorrow, Hill Road, Haslemere and in 1963 their son Dr Richard Anthony Griffith was born. In 1964, the family moved again, this time to Meadowtop, Square Drive, Kingsley Green, Haslemere.

Anthony and June retired to Budleigh Salterton in Devon in the 1970s but sadly separated some years later, divorcing in the 1980s. Anthony moved back to the area of his childhood in Torquay but June remained in Budleigh Salterton.

In the summer of 2005 aged seventy-eight, June suffered a frontal lobe stroke which left her suffering from vascular dementia. This was just six weeks before her former husband died. June had to be admitted to a residential care home and one was chosen in Torquay so that she could be close to her daughter and some of her grandchildren. Nine days after suffering a further stroke, June died on 14th October 2007. A funeral service was held in the church in which she was married. She was cremated and her ashes were scattered on Hound Tor, Dartmoor a place where she and her dogs had loved to walk.