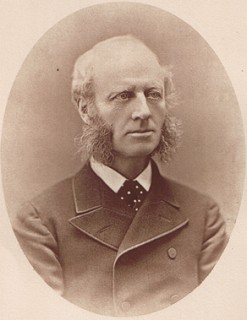 The youngest of the three children of Harry Parkes, founder of the firm of Parkes, Otway & Co, ironmasters, he was orphaned when he was only 5 years old. He was educated at boarding school in Balsall Heath and at King Edward's Grammar School (1838). His two older sisters and his uncle were living in Macao where he joined them in 1841. By the following year he was learning Chinese and working for the Rev Gutzlaff. By 1843 he had passed his Chinese exam and in 1844 was appointed Consular Interpreter at Amoy.

In 1851 he was appointed interpreter at Canton, travelling there in February 1852. While there, he acted as Consul in the absence of Sir John Bowring, and in August 1853 he was placed temporarily in charge of the Canton vice-consulate. In 1854 he was appointed Consul at Amoy from where he became joint secretary of a mission to conclude the first European treaty with Siam. He returned to England with the treaty for ratification and was received by Queen Victoria on 9th July 1855.

While in England, Parkes met and married Fanny Plumer, granddaughter of Sir Thomas Plumer, the first Vice Chancellor of England. "She was a beautiful girl" wrote a friend. However, his position in Canton brought him into conflict with Ye Mingchen which led to the Second Opium War of 1856 to 1860.

In the course of the Beijing Campaign which really started in June 1859 Parkes became involved in a number of hostile negotiations, during one of which, he and Henry Loch were taken prisoner, even though they were protected by a flag of truce, placed in chains in a common prison and tortured. Fortunately their release was negotiated two days before the arrival of their execution warrant!

During a visit home Parkes was appointed KCB in May 1862 at the unusually young age of 34. He returned to China and it was during a trip to the Yangtze ports in May 1865 that he heard of his appointment as "Her Majesty's Envoy Extraordinary and Minister Plenipotentiary and Consul-General in Japan" where he was to succeed Alcock.

Parkes held the post for 18 years during which he was an ardent supporter of the Liberal Party of Japan. The party's opponents soon had him a marked man and on three separate occasions attempted to assassinate him. He ran his mission in a way which greatly encouraged junior members to study Japan and Ernest Satow and William George Aston benefitted accordingly. However, Parkes was not an easy man to work with and he was generally not popular with Japanese officials. Whilst in Japan, Lady Parkes became known, in 1867, as the first non-Japanese woman to ascend Mount Fuji. Anticipating a return home she went back to England to make preparations, but became ill and died in November 1879.

By 1883 Parkes's health was beginning to fail. He was transferred to Peking where he died of a malarial infection from which he was simply too exhausted to defend himself. His body was brought home and laid to rest on 26th of June 1885 beside those of his wife and daughter, Nellie, in a vault at St Lawrence's Church, Whitchurch.

Prior to his burial a memorial service had been held at St. Mary Abbot's, Kensington. Two years later a modest ceremony took place in the crypt at St. Paul's Cathedral. Among the little throng were Sir Harry's old chief of Amoy days, Sir Rutherford Alcock; his lifelong friend and colleague Sir Thomas Wade and Admiral of the Fleet Sir Henry Keppel. Along with Secretaries of the Chinese and Japanese Legations they had come to do honour to a great Englishman whose marble bust by Thomas Brock RA was to be unveiled by Sir Rutherford Alcock.

The inscription read: Sir Harry Smith Parkes GCMG KCB, HBM's En. Ex.and Min. plenipotentiary in Japan and China. He died at Peking on 22nd March 1885 aged 57 while in the active discharge of his duties thus closing a distinguished career in the Far East of 43 years. This monument is erected by friends and brother officers in memory of his life long service, his unfailing courage, devotion to duty and singleness of purpose.