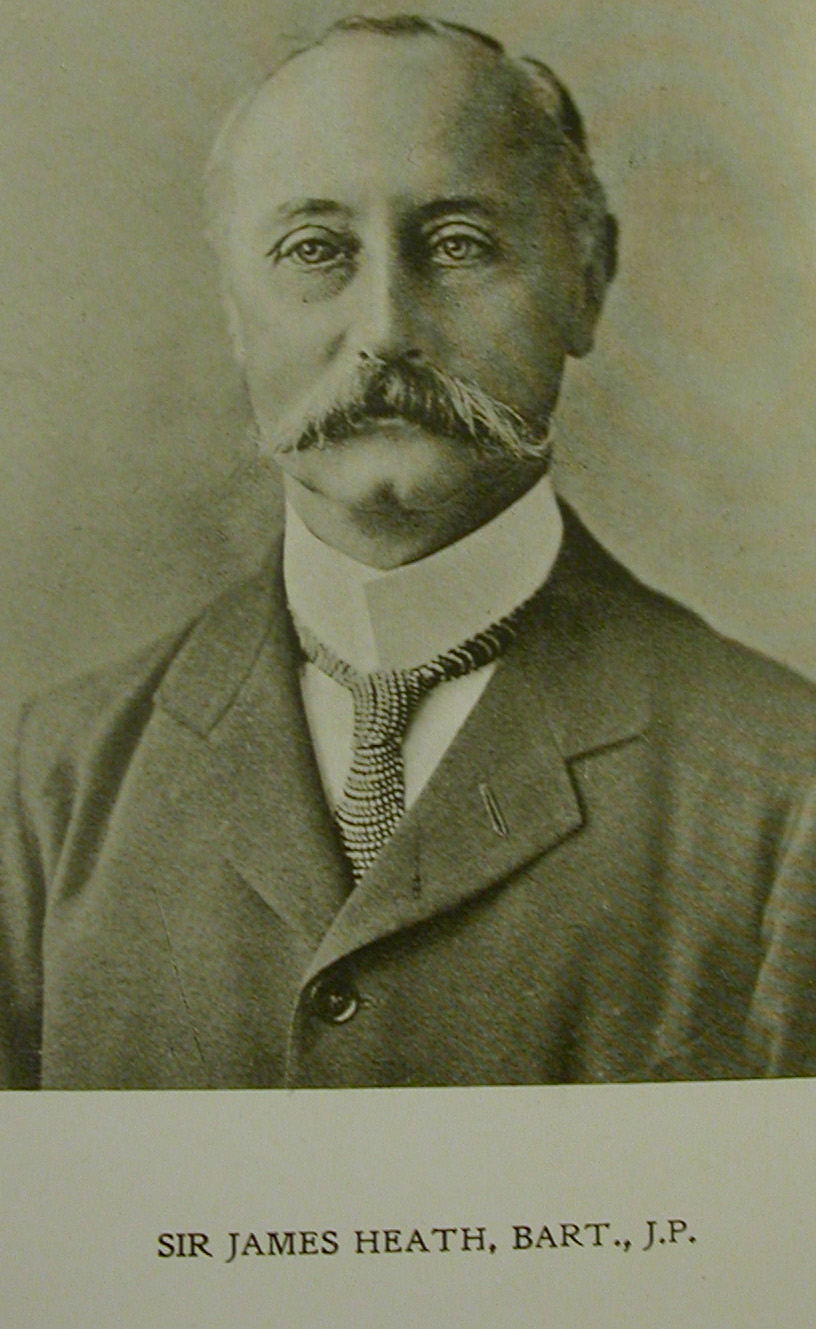 Having been educated at Clifton College, James became a partner in his father's business in 1873 for which it is said he travelled twice round the world. In the 1880s the brothers developed a private network of railways including one line to carry coke from Birchenwood to the furnaces at Black Bull. After the boom times of the Great War trade fell off badly and in an attempt to broaden the business in 1919 he and his brothers (possibly without Arthur) merged their business with the Low Moor Iron Company. This proved a disasterous decision as the Low Moor Iron Company's debts weakened the whole business. In 1922/23 a fatal explosion at Kidsgrove Colliery damaged the company still further at a time when demand was already falling; a situation further compounded by the General Strike in 1926. Bankruptcy followed in 1928 throwing 6000 people out of work.

At the same time as persuing his business interests James served in the Staffordshire Yeomanary, being promoted Captain in 1876 and Honorary Major in 1890. As a Lt. Col. he commanded his unit from 1898 to 1902, in which year he was elected Member of Parliament for North West Staffordshire serving until the Liberal landslide of 1906. He was a JP for Staffordshire. In 1904 he was made a baronet, of Ashorne Hill in the county of Warwickshire, but, as his only son had been killed, unmarried, in WWI in 1914, the title became extinct upon his death.