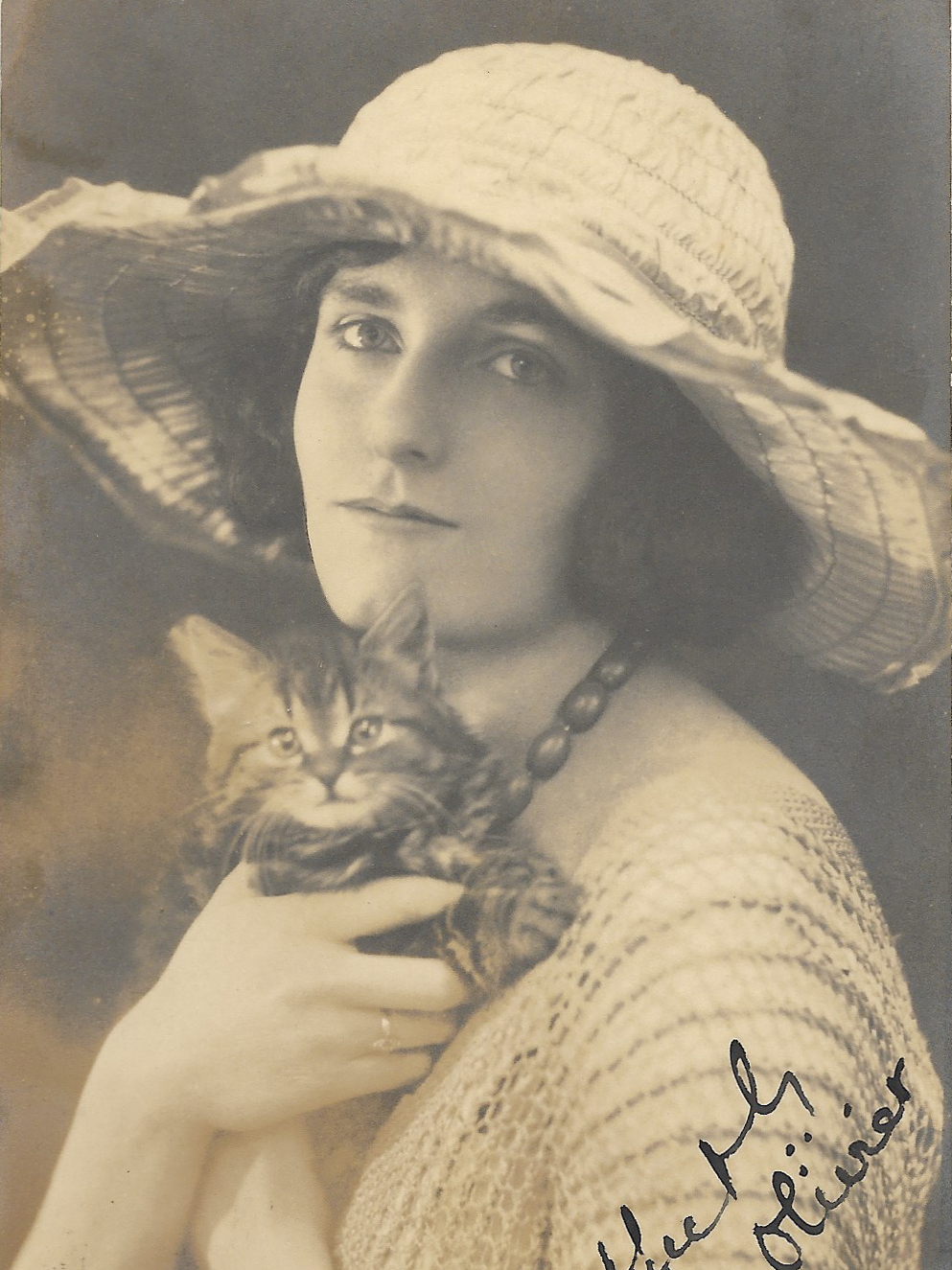 Sybille was a sister of Sir Lawrence Olivier. She was previously married to Alfred W Beale, 3rd qtr, 1924 in Hammersmith. Her father was the Rev. Gerard Kerr Olivier born 30th April 1869 in Surrey, who died 30th March 1939 in Sussex. Her mother was Agnes Louise Crookendon born 1st Decenber 1871 in Kent who died 27th March 1920 in Hertfordshire. They had married on 30th April 1898 in Woolwich, London. Sybille was one of 3 children.

Our illustration of Sybille is one of two postcards kindly donated to the Trust in October 2017. One was a Christmas greeting and the other marked New Year, both being date-stamped 24th December 1923.
One was addressed to Miss E Light, 41 Harpenden Road, West Norwood, SE 27. The other was addressed simply to Miss Light at the same address.
The wording on the cards suggests there were 2 Miss Lights (in Victorian times it was customary for eldest daughters to be addressed without an initial and for younger daughters to be addressed with their initial) and that they were Sybille's dressmakers. Her comments suggest that she was well pleased with the dresses. It is possible that the older Miss Light may have had the christian name Alice. Either way the date tells us that the cards were sent a few months before her first marriage.