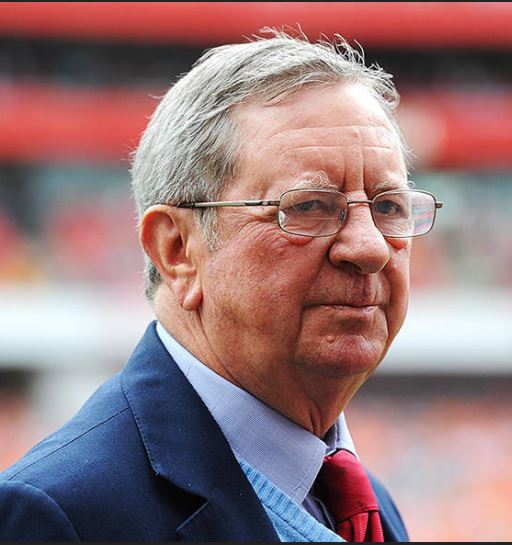 Peter's father, three uncles and grandfather all played first class cricket for Derbyshire CCC. He attended Eton College where he was a classmate of former Arsenal director Sir Roger Gibbs. He then served in the Coldstream Guards. After leaving the Guards, he entered the banking industry, eventually rising to become a Vice Chairman of Hambros Bank having been in charge of its investment division. He has since retired from Hambros and is currently a director of Cavenham Ltd and Hellenic and General Trust. He is the third generation of his family to serve as Chairman of Arsenal. He was a colleague of Chips Keswick at Hambros and saw him recruited to the Arsenal board to provide strong city contacts at a time when Arsenal was financing their new stadium. Peter sold much of his family holdings in the club to former Vice Chairman David Dein in the 1980s and 1990s and the rest to Stan Kroenke.