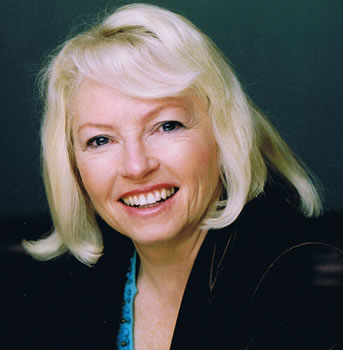 Most Summers as a child were spent with the family on camping trips visiting the most interesting natural places all over North America. The highlight of Shirley's Secondary School years was participating in a radio broadcast of an academic quiz program, and meeting and speaking with Prince Philip, who was the half time guest on the program.

After graduating from Teachers' College in 1965 Shirley taught Art for the Waterloo District Board of Education for 33 years. She married William (Jack) Fowley in 1968 and they had one child; Jacquiline Christine. Jack died of a heart attack in 1978, leaving Shirley to raise Jacqui alone. After earning her Bachelor of Arts degree from the Univerdity of Waterloo, plus many other Arts Specialists' qualifications, Shirley and Jacqui spent many Summers travelling to such places as Norway, Denmark, Western Europe, Mexico, Alaska and Japan.

Community involvement included: President of the Kitchener-Waterloo Sales & Ad Club, Chair of Sponsors' and Judges' Committee for the Oktoberfest Parade, (winner of Volunteer Of The Year Award 2002), and various lead roles in K-W Musical Productions shows. Since retiring from teaching in 1898 Shirley has pursued a career in acting in television and radio commercials, designing and building floats for the annual Oktoberfest Parade, creating one-of-a-kind Art Dolls, drawing and painting. She also continues to travel extensively and enjoy activities such as windsurfing and downhill skiing.