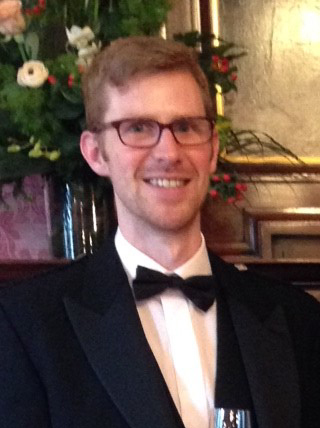 After Hutcheson's Grammar School Jim read Molecular Biology at the University of Edinburgh (2004-2008) earning a first class BSc degree. Next he went to the University of Arizona for a PhD in Molecular Biology (2008-2015). He has had 2 works accepted for publication: 1) Snf1/AMPK promotes the formation of Kog1/Raptor-bodies to increase the activation threshold of TORC1 in budding yeast and 2) State transitions in the TORC1 signaling pathway and information processing in Saccharomyces cerevisiae. A third paper, unrelated to the previous ones is in the course of preparation.

Autumn 2015 saw Jim start as a post-doctoral research fellow at Harvard School of Public Health where he is working on defining the regulation and function of the mTOR signaling network which is a key growth control pathway in cells which is frequently mutated and/or malfunctions in the majority of cancers.

It is understood that Jim's work continues to make a valuable contribution to our understanding of cancer cells.

Spring 2017 finds that 5 publications have been achieved and 2 more are on the way.