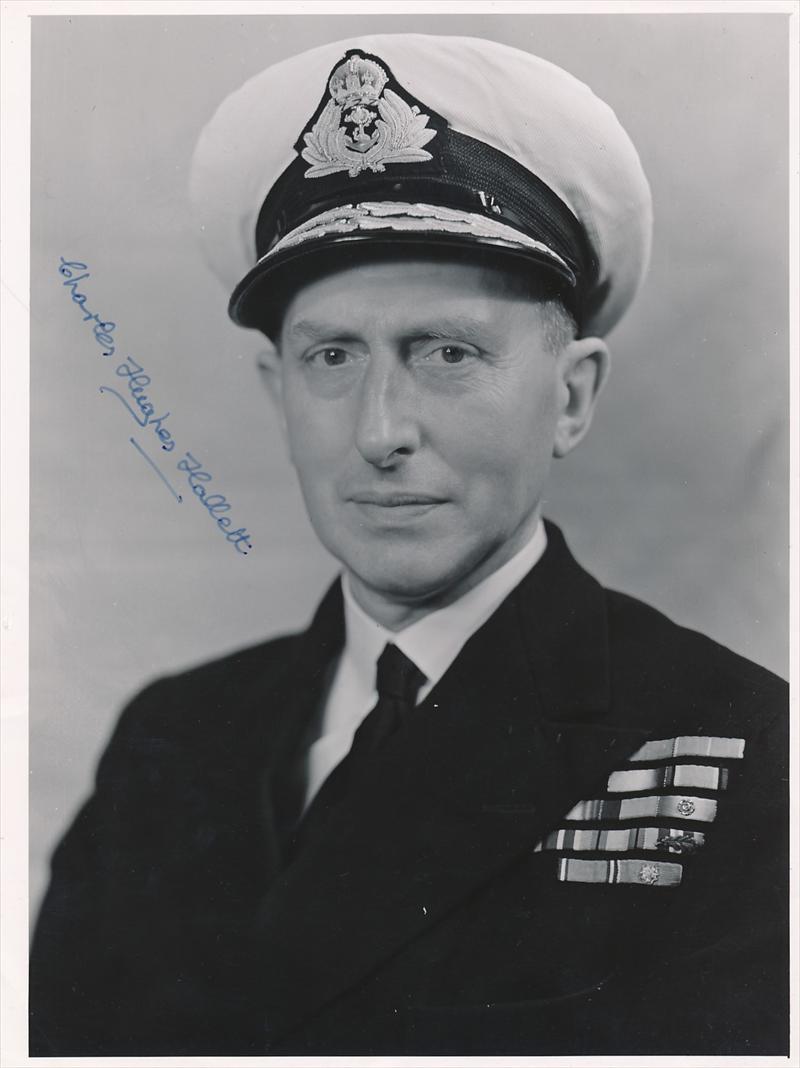 V/Adm Sir Charles and his first wife Eileen had 2 children.

RNC Osborne 1911, BRNC Jan.1913 (Greynville term), should have passed out Dec. 1914 but entire college mobilised for war 1st. Aug. All his papers and those of his Brother (Jock) are in the Churchill College, Cambridge, Archive. They were placed there by Prof. Andy Hughes-Hallett on condition that access is always given to family members.

Vice -Admiral Sir Charles Hughes Hallett, KCB, CBE who died on December 2nd at the age of 87, served in both world wars, holding important staff positions, and also as an inventor and organiser, made a significant contribution to improving the air defences of the Fleet in the years leading up the Second World War.

Cecil Charles Hughes Hallett was born on April 6th 1898 and entered the Royal Navy in 1911. As a midshipman he went to sea in HMS Vengeance in 1914 and thereafter saw service at the Dardanelles, where he commanded a picket boat landing troops on beaches raked by heavy fire, and was later in the Grand Fleet at Jutland.

Immediately after the war he spent a period at Emmanuel College, Cambridge and later specialised in gunnery, and spent a year on the experimental staff of HMS Excellent. In 1931 he received an award from the Lott Naval Trust Efficiency Fund for his invention of a foot pedal firing gear for gyro firing.
Between 1936 and 1938 he was at the Naval Ordinance Department where he was responsible for the anti-aircraft rearmament of the Fleet. In 1940 he took command of the anti-aircraft cruiser HMS Curacoa, with the task of providing AA defence for convoys off the coast of Scotland which were a natural target for German air attacks.
In 1942 he went to Admiralty where, for the next two years, he was involved in the planning of a whole range of amphibioue operations from Madagascar to the Normandy landings. During this period he also accompanied Churchill to the conferences at Casablanca, Washington, Quebec and Cairo.

From 1944 he was in command of the aircraft carrier Implacable, taking part in raids on German convoys off the Norwegian coast, before joining the first Aircraft Carrier Squadron in the Far East for the final phase of operation against Japan.
After the war he held senior appointments, among them Chief of Staff to Admiral Sir Philip Vian, Commander-in-Chief Home Fleet, 1950-51 and finally, Admiral British Joint Services Mission, Washington, 1952-54.

After retirement he pursued a business career and was Chairman of the Gas Purification and Chemical Co Ltd from 1958 to 1960, as well as being personal assistant to the chairman of the Charterhouse Group, 1955-59. He was a Younger Brother of Trinity House, 1938, a Master of the Company of Glovers, 1968, and a Fellow of the British Institute of Management.