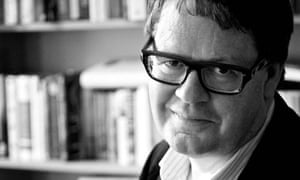 James was educated at the Dragon School, Oxford and at Marlborough College, Wiltshire going on to Trinity Hall, Cambridge where his father had been Dean and his grandfather, Bursar to take a first class degree in English.

He became a novelist, a documentary film maker, a television producer, a theatre director and he is Artistic Director of the Bath Festival. His four novels are: Canvey Island, The Discovery of Chocolate, The colour of Heaven and East Fortune.