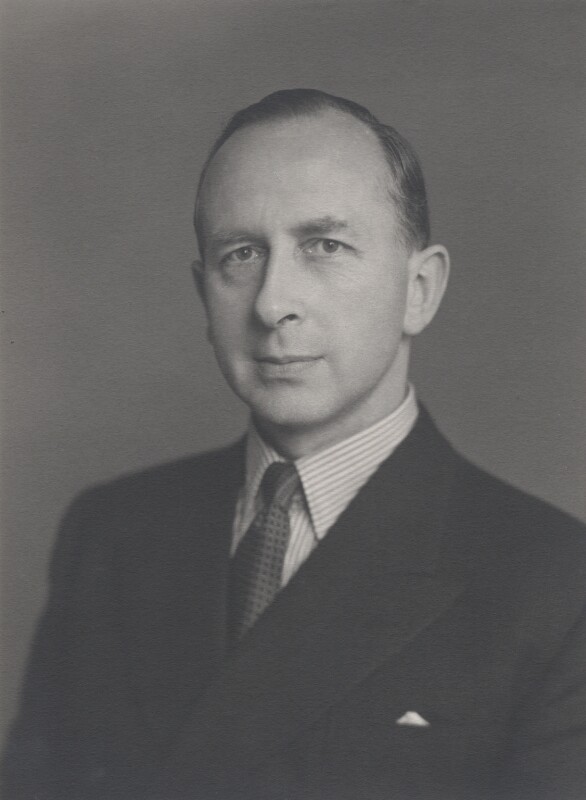 Died Unmarried.
He was sometimes known as Hughes-Hitler for being a strict disciplinarian.

Around 1944/5 the following press announcement was published: MULBERRY MAN IS MADE CB. Capt. J Hughes-Hallett DSO, the first naval officer to suggest the use of "Mulberry" harbours for the Allied landing in France has been made a Companion of the Bath for distinguished services in the European war. The idea of using "Mulberry" harbours came to him while he was sitting in his office in June 1943 on the naval staff planning the invasion.

The announcement that he had been adopted as Conservative candidate for Croyden East said: "Vice-Admiral Hughes-Hallett, CB DSO is 53 and unmarried. He became a midshipman in 1918. He served throughout the last war and took part in the Dieppe raid and the sinking of the Scharnhorst. He was Naval Chief-of-Staff for the planning of the invasion of France, Vice-Controller of the Navy 1950-52 and Flag Officer, Heavy Squadron, Home Fleet, 1952-3."


In a tribute to his late Parliamentary colleague, Mr Peter Kirk MP (Under Secretary of State for Defence) emphasized the three outstanding characteristics which dominated Admiral Hughes-Hallett's service and Parliamentary life: nonconformity, originality of thought and dedication. Earlier in the week, Mr Kirk, opening a debate in the House of Commons on the Royal Navy, recalled that the admiral was unique in being the only senior officer from any of the three services who had secured election to the House of Commons as a back bencher and, through his abilities and talents was promoted to ministerial rank. From the Opposition benches, Mr J P W Mallalieu said Mr Kirk's words of respect and admiration for "that remarkable character" would certainly be echoed from the Labour side of the House.