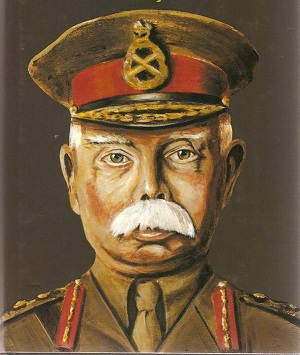 Obituary
Few men have served their country more devotedly or more efficiently than the quiet resolute soldier whose death we record today. And there have been few who have known how to inspire a more complete confidence or a more affectionate respect among their countrymen. Whatever Lord Plumer had to do, whether as commander of the Second Army during the War or later as Governor of Malta or still more recently as High Commissioner for Palestine, was done thoroughly and successfully and without ostentation. He was no seeker after popularity, yet there was no more popular commander in the British Army nor one more trusted by those who served under him.

During his five years in Malta he converted into gratitude and affection the surly hostility with which he was received on his appointment, and he left amid demonstrations of universal regret. The rare combination of quiet firmness of character with sympathetic understanding and consideration for others which was responsible for his success in his Mediterranean post was equally effective in the Holy Land, assuaging discontent and reconciling difference.

But great administrator as he showed himself to be after the War, it is for his War services that he will always be remembered, as the commander of the Second Army, the defender of Ypres, and the victor of Messines. In Flanders, as previously in South Africa he displayed all the typical qualities of his Yorkshire ancestry. He was a sound rather than a brilliant soldier, cautious in counsel, thorough in preparation, resolute in action. He had the two essential qualities of leadership; his imperturbable courage was an inspiration to all who came into contact with him, and he knew how to gather good men around him, to weld them into a team and to get the best out of them. An infantry man himself he thoroughly understood the man in the trenches, and the man in the trenches knew the General understood, knew that he would not be asked to make useless sacrifices, that any operation he was called upon to undertake had been thoroughly thought out in advance and that every precaution had been taken to make it as little costly as possible.

The men of the Second Army had the same confidence in their leader that their leader had in them. In Lord Plumer the nation has lost a great soldier, a great administrator and above all a great Englishman. The whole country will join in heart in the last tribute which will be paid to him on Wednesday in Westminster Abbey.