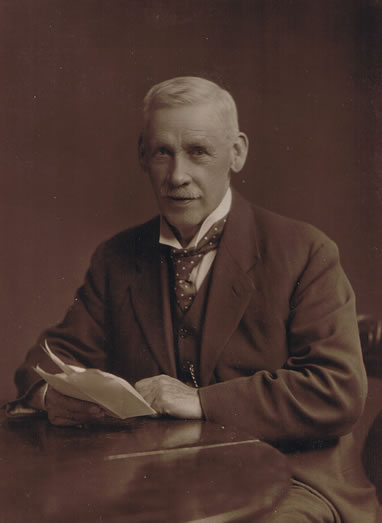 ALFRED TOWNSHEND COBBOLD. Probably, for some years, this was the most familiar Official signature throughout our county of Suffolk. To many of us, the news - at the end of last October - of the passing of Mr. Cobbold recalled grateful memories of a former parishioner and friend of our village, who, for about fourteen years, resided with his wife and family at Bramford House. He was a very keen sportsman. Often on Saturday afternoons and late on moon-light nights watching for wild duck and snipe in river meadows in the vicinity of Frog Hall, where he enjoyed many a cup of tea, tales of gypsies, folk-lore, etc., and a pipe with the celebrities who then inhabited the hospital thatched cottage. His other favourite passtime of fishing was shared by Mrs. Cobbold. Together, also, from time to time, they welcomed Mothers' Union and G.F.S. Members to Festivals in their garden, and twice organised Choir Gatherings from the neighbourhood in our Church, when their son-in-law, Mr. Martin Shaw, presided at the organ, and led congregational practices, giving his criticism and help. As a member of our first Church Council, Mr. Cobbold's legal knowledge proved useful on more than one occasion, and after the end of the Great War he became Treasurer of the Fund subscribed to build the Victory Hill.
The outstanding memory of two, at least, in our present congrgation of Mr. and Mrs. Cobbold is their unfailing regularity Sunday by Sunday, and, whenever possible, on Holy Days at the 8 am and 7.30 pm services, as well as at other times.

Alfred was at Felsted School from January 1866 to December 1869. The school reports that he was known as 'Dirty Cobbold' because he trapped and skinned moles, rats and mice, this to differentiate him from his twin.