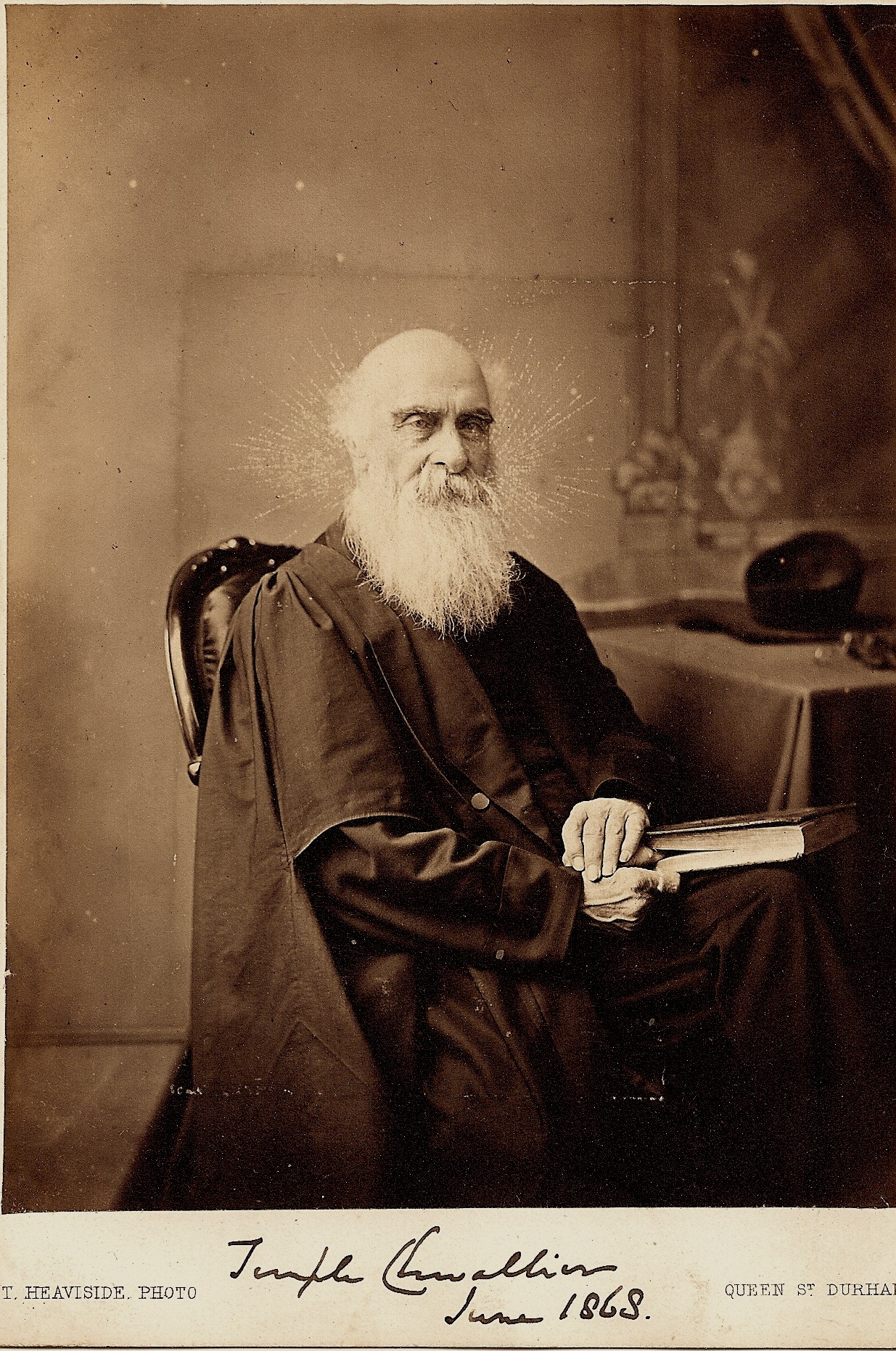 Educated at Bury St Edmunds and Ipswich Schools and Pembroke College, Cambridge, 1813; Bell Scholar, 1814; 2nd Wrangler, 1817; Fellow of Pembroke.
On 12 7 1837, the second anniversary of the formation of the Surtees Society, he became a vice president of the society. On Thursday 28th September at the Waterloo Hotel, Durham he became a vice president for the following 3 years.

On 13th February 1874, The Royal Astronomical Society noted the decease of one of its Fellows, the Rev Temple Chevallier saying that he traced his descent from Rudolph Chevallier who was Professor of Hebrew at Cambridge in 1569 and is said to have been one of the tutors to Queen Elizabeth I. (This remains unconfirmed in 2010)

He is buried in the family plot in the churchyard of St. Michael and All Angels at Esh, Co. Durham with his wife Catherine, his sister Ellen Susan and his son, also Temple, who died aged only 12 in 1845. Inside the church there is a stained glass window dedicated to Catherine.