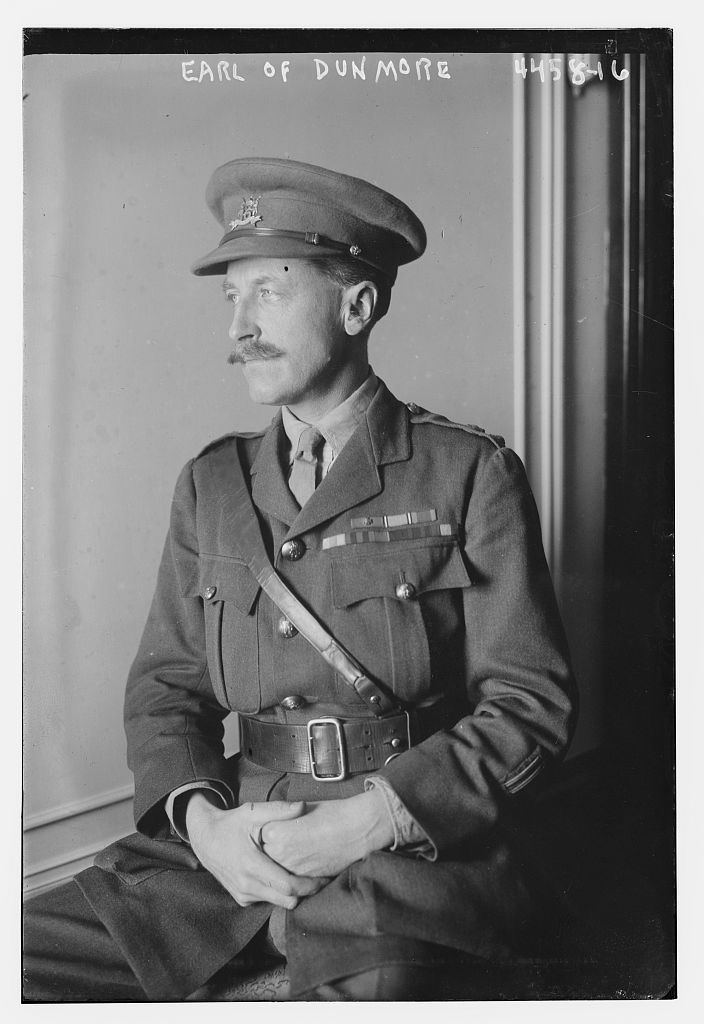 Prior to inheriting the title he was Lord Fincastle. The details of the award of his VC are as follows: He was 26 years old, a viscount, and a lieutenant in the 16th Lancers (The Queen's), British Army during the Tirah Campaign, India when the following deed took place for which he was awarded the VC. On 17th August 1897 at Nawa Kili, Upper Swat, India, Lieutenant Lord Fincastle with two other officers (Robert Bellew Adams and Hector Lachlan Stewart MacLean) and five men of the Guides, went under a heavy and close fire, to the rescue of a lieutenant of the Lancashire Fusiliers who was lying disabled by a bullet wound and surrounded by enemy swordsmen. Whilst the wounded officer was being brought under cover, he was unfortunately killed by a bullet. One of the officers of the rescue party was mortally wounded and four horses were shot.