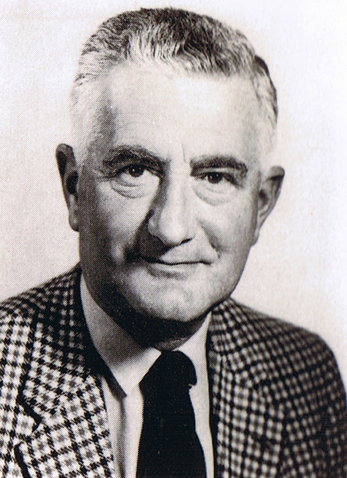 A former High Sheriff of Powys, who has died at the age of 80, led a full and interesting life as a soldier and banker before retiring back to Mid Wales to plant his own vineyard. Andrew James Gibson-Watt passed away peacefully last Saturday after a short illness. He followed in his father's footsteps when he became High Sheriff in 1993 and his nephew, Robin also held the post in the late 1990s.

Born at Doldowlod Hall between Llandrindod Wells and Rhayader, Mr Gibson-Watt was educated at Eton College and became a member of the Home Guard in Radnorshire during the latter part of World War II. He later joined the Welsh Guards, rising to the rank of Captain, during service in Italy in 1944. After the war he served in Palestine where his experiences gave him a lifelong love of and interest in the Holy Land, before leaving the army to study law at Cambridge.

In 1951 he married Pamela Hambro, daughter of the then Hambro's Bank Chairman, and he was the first to be both secretary and director of the bank simultaneously. During his banking career in the City of London he became quite an expert in family trust matters.

Mr Gibson-Watt retired back to Hay-on-Wye in the early 1980s where he planted one of the first vineyards in Wales. It was a source of great pleasure to him and in good years produced quite a few thousand bottles of wine, but its yield was variable. In his retirement, he wrote two books - an autobiography called An Undistinguished Life, and a Falklands War thriller.

He is survived by his wife, Pamela, stepson Ian, 58, daughter Rosalind, 49, and sons Martin, 53, and James, 46. He also had two adopted sisters, Alexandra and Georgina.