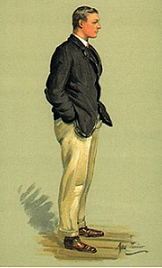 Bourne became a barrister and was commissioned into the Herefordshire Regiment in the first World War. He had one hand crippled and a lung seriously injured at Suvla Bay in the Dardanelles in August 1915.

In 1920 he became JP for Herefordshire and in 1921 a member of the city council. He was elected Conservative MP for Oxford in June 1924 and served as Deputy Speaker of the Commons from 1931. He died in office in 1938 aged 50, suddenly falling dead while walking on the moors near Strontian, Argyll.